Article: Rivian Automotive partners with Clearloop on a Solar Project 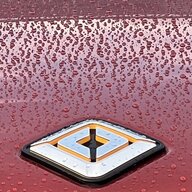 "Rivian Automotive announced on Thursday a partnership with Clearloop to bring online Rivian’s first megawatt of renewable electricity in a uniquely impactful way. Their approach brings solar energy to a part of the country where new renewable development can help to maximize system-wide carbon reductions, Rivian said.
...
Rivian provided upfront financing for one megawatt of the 6.75-megawatt project, which will cover electricity used by Rivian Waypoints chargers planned for Tennessee state parks as well as other clean energy commitments in the region. Rivian’s capital helped to kickstart construction of the overall project and demonstrates corporate demand for renewable power in the region, Clearloop leaders say."
Jan 2021 R1S preorder - Red Canyon/Mountain Black/20
"If you chose not to decide you still have made a choice."
You must log in or register to reply here.
Share:
Facebook Twitter Reddit Email Link

Details on what each driving modes actually do?